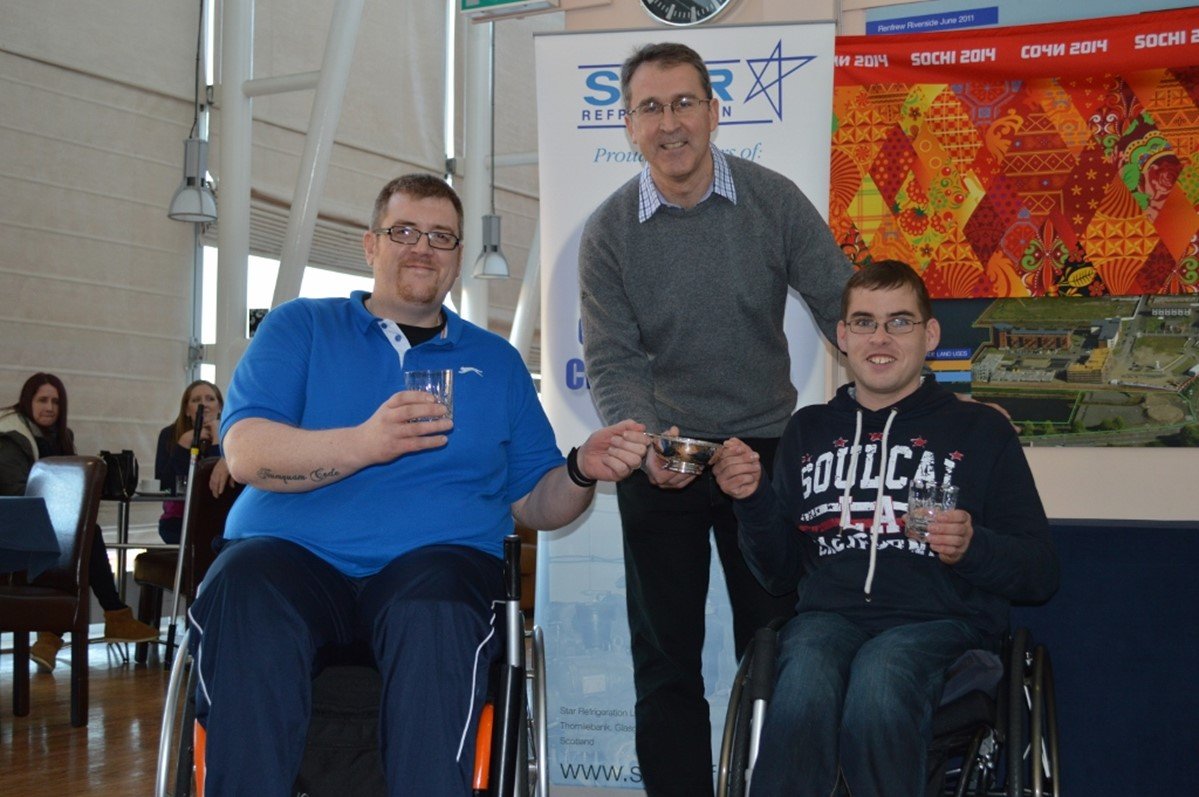 There was a new pair of champions at this year’s Star Refrigeration National Wheelchair Pairs Curling Championship, which took place last weekend at Braehead Ice Rink in Glasgow.

The much-loved competition saw 16 pairs of curlers competing for the grand prize this year, with teams hailing from all over Scotland. After making it through the Round Robin stages, John Doyle from East Kilbride and Daniel Cowan from Locherbie managed to claim victory in their High Road final against Paul Webster and Angela Higson, taking the crown from two time winners Mo Simpson and Ian Donaldson.

Star’s Director of Sales Alan Walkinshaw attended the championships to present the prizes to the lucky winners. Reflecting on the event, he said: “It was a pleasure to attend the finals again. The standard of play seems to improve with each year and it was great to see new winners in John and Daniel come to the fore this year.”

“Star Refrigeration has been proud to sponsor the National Pairs competition for the last 9 years in a period when participation levels and performance levels have increased, as has the profile of wheelchair curling.”

As well as Team Cowan, the curlers were also celebrating another team’s win after the success of Team GB at the Winter Paralympics earlier in the year. The bronze win of the Scottish curling team in Sochi propelled the sport into the spotlight, and tribute was paid to their victorious friends (with skip Aileen Neilson having previously won the Star Championships herself) in the form of a Sochi 2014 banner hung up at the event.

David Morgan, Chairman of the Scottish Wheelchair Curling Association, said: “I would like to thank Star Refrigeration for all the support afforded to the Wheelchair Curling Championship by sponsoring us over the past nine years at Braehead Ice Rink.”

“Interest levels in our sport have been soaring after Sochi. This has been a landmark year for wheelchair curling, and Star have really been a tremendous contribution to the promotion of wheelchair curling in Scotland.”

For more information about the weekend’s matches, visit the Royal Caledonian Curling Club.