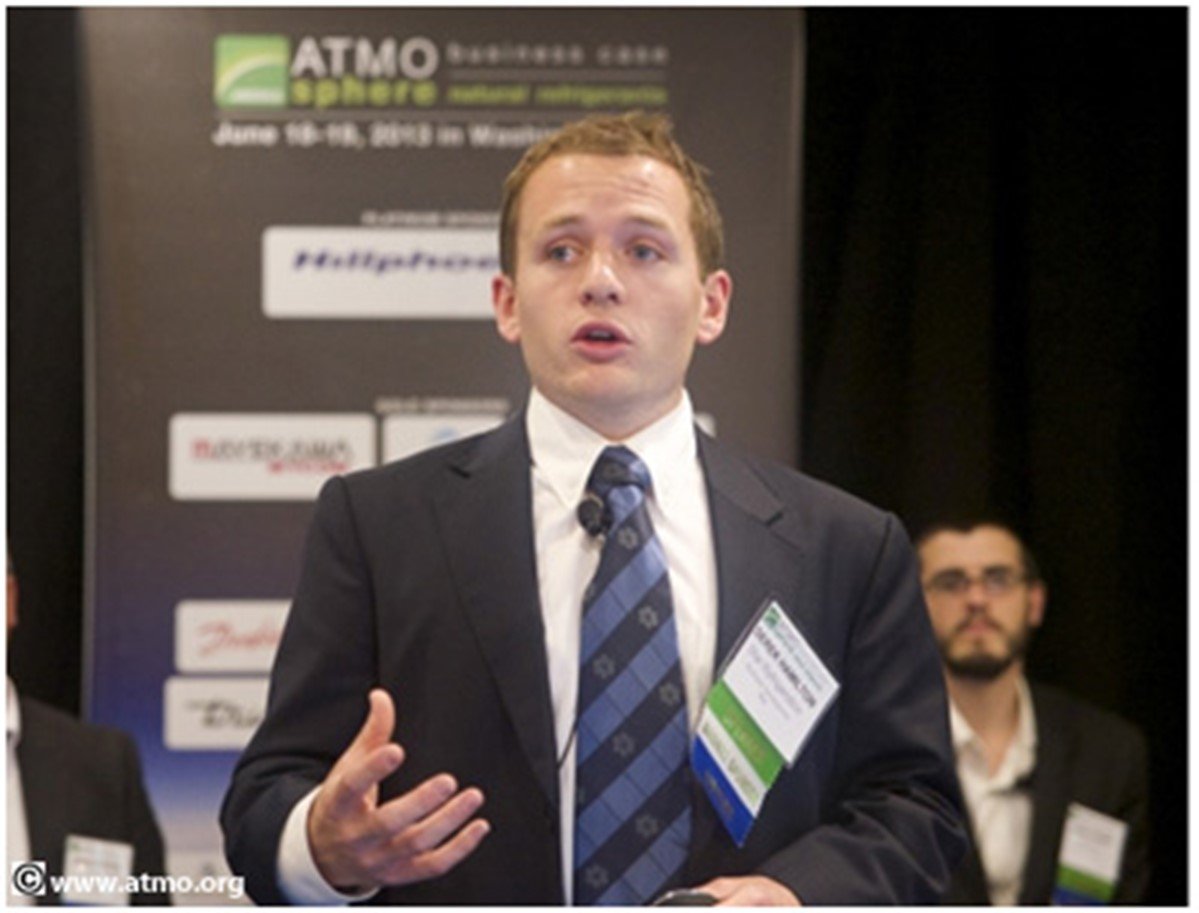 Star Refrigeration received widespread acclaim at the ATMOsphere America 2013 event in Washington last month. The UK’s largest independent cooling and heating contractor presented its climate friendly range of low charge ammonia chillers and freezers, specifically designed to meet the needs of the US market. The AZANEFREEZER and AZANECHILLER obtained a great response from end-users and natural technology experts.

The event took place on 18th – 19th June 2013 and was attended by Star’s US Business Development Manager, Derek Hamilton, who introduced the energy efficient Azanefreezer and Azanechiller to the North American market.

HVACR (heating, ventilation, air conditioning and refrigeration) industry experts, government representatives from the US EPA, DOE and end users were all in attendance to view Star’s case study presentation, which covered the recent installation of a 125kW/36TR Azanefreezer for a food manufacturer’s cold storage facility.

The company has been leading the way in natural refrigerants in UK and Europe since its inception in 1970 and is well known within ASHRAE, which has commissioned and published numerous papers and research articles from Star’s Dr. Andy Pearson on the subject of natural refrigerants.

The exhibition provided the opportunity for Star to showcase its groundbreaking work in sustainable refrigeration technology and maintain its position at the forefront of the ongoing natural refrigerant revolution.

Star is renowned for its promise in keeping its products harmless for the environment. According to Star Refrigeration Group’s Sales and Marketing Director, Rob Lamb: “Awareness of the importance of using natural refrigerants in refrigeration and heating systems is growing daily, especially since US President Barack Obama’s recent climate action speech regarding the phasing out of harmful hydrofluorocarbons (HFCs) to protect our planet for the future. The United States hopes to have the carbon emissions phased out completely by 2050, and that is where Star’s more than four decades of expertise in natural refrigeration can offer a reliable and efficient solution that delivers low total cost of ownership.”

“The factory built packaged design eliminates the need for costly plant rooms and lessens site installation time by around 70%, saving the customer both time and money. Studies indicate a 10% to 20% improvement in energy efficiency, lower capital cost than ammonia pumped circulation, and paybacks within 4 years when compared to HFC condensing unit technology.”

He added: “The Azanefreezer has it all – quick installation, low ammonia charge, low costs, and easy relocation if required – without cutting down on the quality and efficiency.”

“The positive response to Star Refrigeration’s offerings confirmed, once again, that the North American market is ready to invest in ammonia refrigeration systems as a reliable and energy efficient technology. We are confident that the positive momentum building around the use of natural refrigerants will continue, creating a strong business case for early market leaders,” says ATMOsphere Chairman Marc Chasserot.