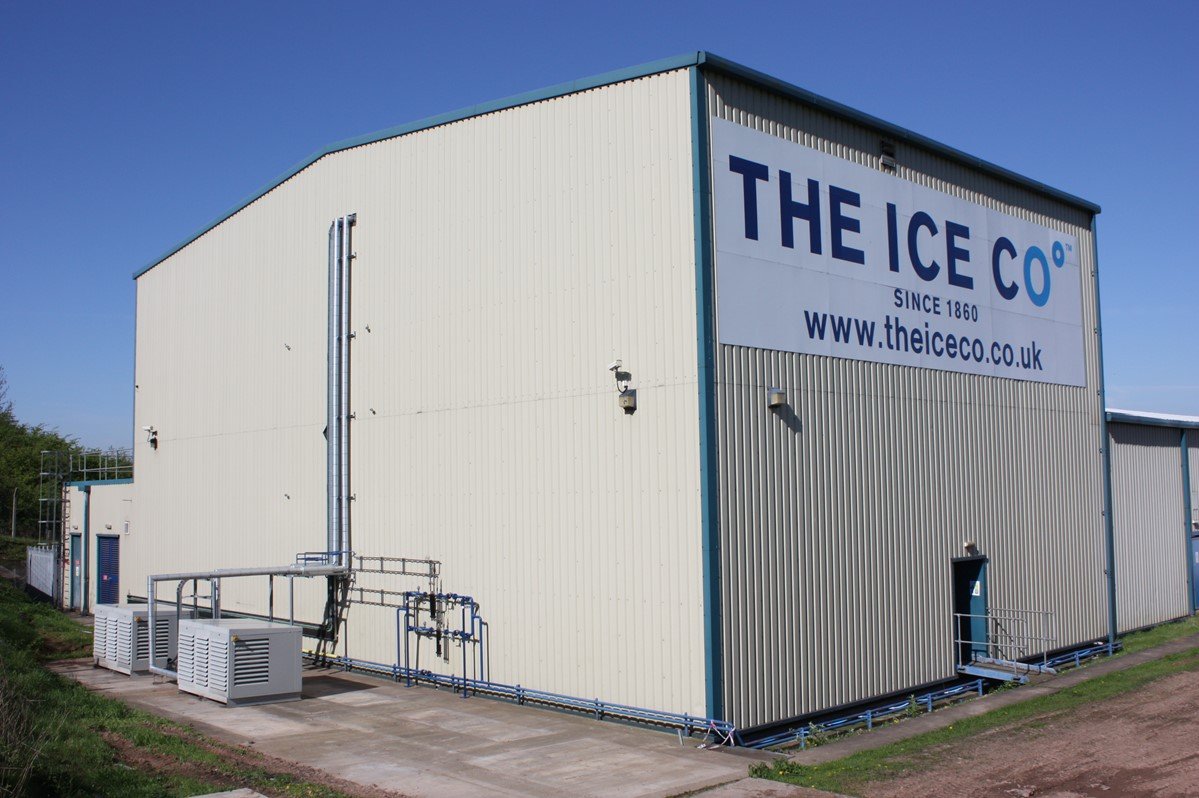 Star Refrigeration’s Leeds branch have successfully replaced an unused cold store plant for The Ice Co Storage and Logistics in Newark in order to be leased to a third party.

The Ice Co Storage and Logistics site had originally belonged to the ice manufacturing branch of the business, but due to expansion at other sites and a streamline of production, the site had become unused. Looking to lease the plant to a third party for refrigeration, storage and distribution purposes, the company invited Star to assess the costs of making it operational again.

Paul Martin, Managing Director from The Ice Co Storage and Logistics said, “We’ve had a strong relationship with Star over the years, and knew they had the expertise for the job. We saw a business opportunity in our unused cold store, and with the cost-effective and highly-efficient solution provided by Star, the company has since achieved its initial aim of leasing the plant to a third party.”

As industry leaders in low GWP refrigeration solutions, Star were well equipped to discuss a range of options and their long term costs and viability. Noting that the original Cold store plant operated with a R404A refrigerant and an F-gas, currently being phased down by new regulations, Star concluded that in order to reinstate operations, the plant would require not only a controls upgrade and a condenser replacement, but also a refrigerant conversion to allow for the operation of the plant in the medium term. These costs would have amounted to roughly the same as replacing the existing common plant with all new facilities and it was agreed that comprehensive replacement represented the best option.

The supply, installation and commissioning of the new plant was carried out as a branch contract through Star’s Leeds branch. The new plant took the form of two DX R449A condensing unit plants, both of which serve a single ceiling-mounted evaporator within the Cold store. Both units operate at 36kW, which represents 65% of the maximum design duty, affording a solution which combines performance with resiliency.

Star took advantage of an existing concrete plinth situated at ground level directly behind the internal evaporators to install the condensing units, while two networks of interconnecting pipework were run up the outside of the building to reach the roof void above the evaporators. This achieved a practical solution which minimised installation time, expense and effort.

Star also prioritised energy-efficiency in this project. By incorporating the same electronic expansion valves, EC condenser fans (known to reduce energy consumption by up to 20% on their own) and a skip-defrost function, Star were able to guarantee optimal energy consumption.

Meanwhile, the original plant operated with a glycol underfloor heat mat (UFHM), which is atypical for a plant of its kind. Keen to use this UFHM as a platform to improve the plant’s energy-efficiency even further, Star installed heat recovery exchangers which recovered excess heat energy from the HP liquid line of each condensing unit and pumped it back into the UFHM as a green source of heat. This was a complex strategy not normally employed at refrigeration plants of this kind, but Star believe that its implementation will serve the company (and the third party which leases the plants) well in the future and as such represents an important investment and a reflection of Star’s forward-thinking values.

Furthermore, The Ice Co Storage and Logistics is one of many businesses to benefit from Star’s award-winning refrigeration energy management system Ethos, which scooped Refrigeration Product of the Year at the 2018 National ACR & Heat Pump Awards.

For the same price as a basic refurbishment and upgrade of the original R404A plant, the client obtained a complete replacement of the Cold store, which now meets all current regulations, enjoys increased energy-efficiency and represents an additional avenue of revenue through a third-party lease. What’s more, the project included a comprehensive maintenance contract for the first 12 months of the plant’s operation, ensuring it’s not only a reliable and lucrative asset today, but safeguarded by Star’s ongoing relationship with the company for the future.

To find out more about The Ice Co Storage and Logistics visit:  https://www.icecologistics.co.uk/