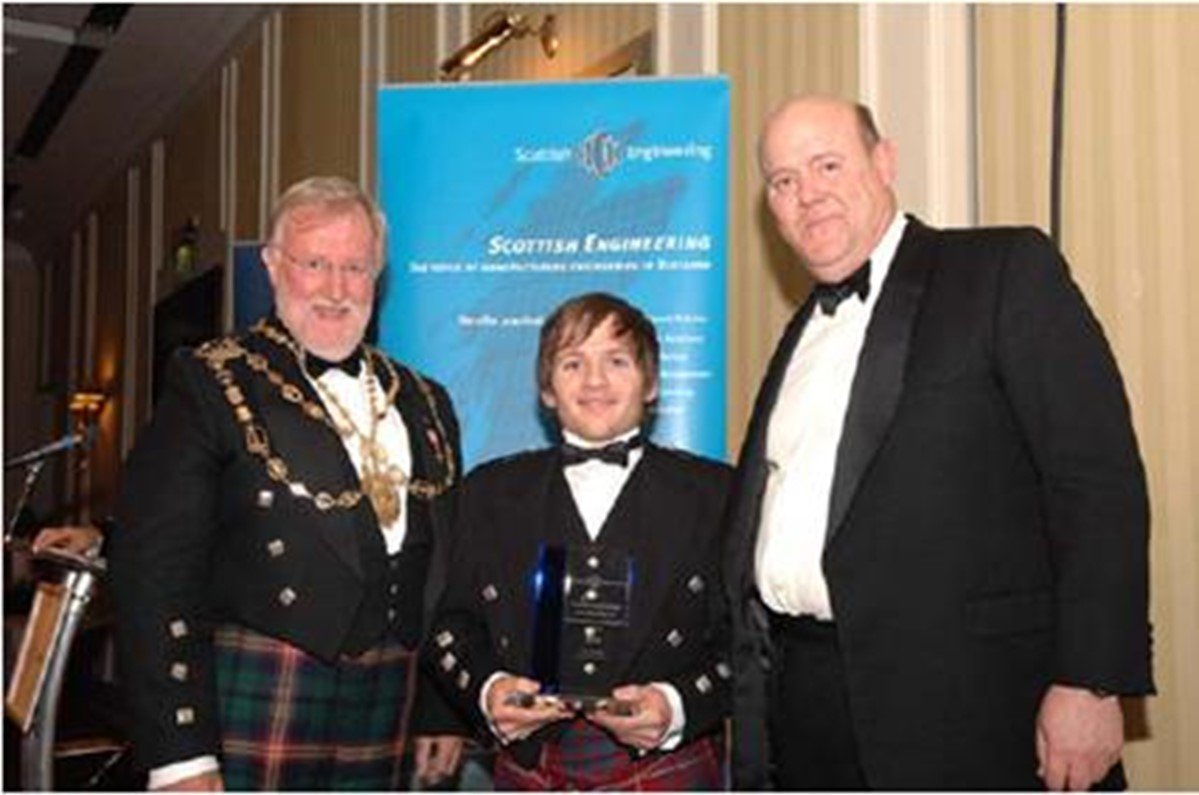 Not a thermodynamic mistake or a joke, nor April 1st; Derek Hamilton of Star Refrigeration has been honoured with “Hammermen Young Engineer of the Year 2010” award for his work on the Drammen district heating project.

The award, presented to Derek at the Scottish Engineering 2010 Dinner by the Rt Hon Rupert Soames, OBE, (Chief Executive of World Energy giant Aggreko) recognises the team effort of everyone in Star Refrigeration in continuing to deliver excellent value to the customers.

Every successful Star job that has gone before this one, every challenge met and conquered, laid the foundations and provided the confidence that allowed the teams in Drammen and Norsk Kulde to select Star’s solution for what will be the world’s largest natural district heat pump.

Derek has tackled the extremely difficult role of ‘Design Manager’ for this world class project in his usual calm and diligent style. Supported by a team of over a dozen engineers during key phases of this project, it is this team work that takes Star and Norsk Kulde along the path from concept, to detailed design, to manufacture. The manufacturing effort will shift from Glasgow to the City of Drammen during the summer, culminating in the handover in January 2011, to the end user of a system that will extract 10MW of heat from the Fjord and deliver 15MW of 900C hot water into the district heating system.

Since Derek joined Star Refrigeration in 2005 after graduating from the University of Strathclyde, he has tackled a variety of projects. Derek commented, “I have really enjoyed the continued and increasing challenges that my job in Star has offered me. That said, I’ve never felt that guidance and help were very far away, so it is fantastically exciting to be working on such a world class project as Drammen and I’m really enjoying it. To be involved in such an environmentally progressive project is very satisfying.”

If Star’s solution saves 1000kg of R134a from leaking into the environment, this will save the equivalent of around 5 million car miles. R134a is over 1400 times as damaging as CO2 and one of the most potent greenhouse gases that exists.