Star is the proud winner of two more Cooling Industry Awards after its achievements were recognised at the prestigious 2008 event.

The annual awards celebrate the work of those involved in pioneering environmentally focused refrigeration and air conditioning. Star has won numerous titles each year since the launch of the Cooling Industry Awards in 2004.

The awards ceremony in October brought together end users, manufacturers, designers, distributors, contractors and service companies to celebrate the advances and achievements of the industry.

Two titles awarded to Star at this year’s ceremony were: 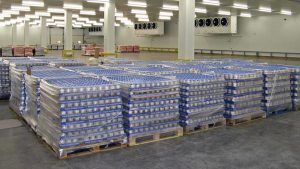 Star’s central ammonia cooling plant for Robert Wiseman Dairies Bridgwater site was judged to be the Installation Of The Year – Commercial / Industrial. This state of the art solution for the new £80 million milk production facility was deemed to push forward the boundaries of environmentally focused cooling. The Robert Wiseman Dairies project was also a highly commended finalist in the Green End-User – Large Projects category. 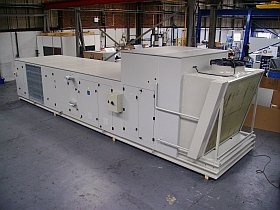 The Environmental Product Of The Year – Air Conditioning title was awarded for the development and installation of a transcritical CO2 air handling unit at M&S Kings Lynn. Star worked in collaboration with M&S, Weatherite, SDS and Oaksmere Design on this groundbreaking cooling project, which was also shortlisted in the Green End-User – Small Projects category. 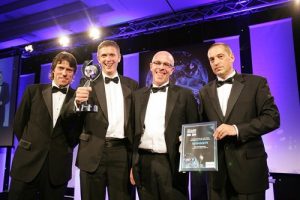 Installation of the Year Award

Rob Lamb, Sales Director of Star Refrigeration, says: “Star is dedicated to developing new cooling technologies and introducing green energy options, lowering our customers carbon footprint. We are proud to have had our achievements recognised once again by the expert panel of judges in the Cooling Industry Awards.”